From Radio Skid Row, I take a look at the Morrison Government - its record in dealing with women, vaccination, bushfires and other issues, comparing it to the Liberal Party of past and trying to give some credit where its due, and noting some faults in past Labor when they went loopey with PR and abuse of the english language, and also some unfair ( IMO ) criticism of Morrison.

Taking a look at Al-Jazeera coverage, and the conspicious absence of some events overlapping...

Intellectual Property - Pushing back at the abuse

This piece is derived from a talk I gave at the Sydney Mechanics' School of Arts. So, it is a...

Australian Politics: the Centre, the Extremes, the Balkanisation

A top-level look at the current tensions in politics in Australia, and a plug...

The 2019 NSW Election - and Development in Ryde

Trying to make sense of the controversy over development in Ryde - and the upcoming election....

I gave this presentation on the 7/2/19 at Ryde-Eastwood Leagues Club....

While I'm not standing for the By-Election in Bennelong, I still feel the inclination to stick...

If you can get past the emotions you might feel, the history of Abbott and Turnbull - and the...

The their June 15th issue, the Northern District Times were kind enough to cover my...

A letter I wrote to Mr Dominello and Mr Alexander back in 2012. It is a reflection of who I...

The Problems with Current Political Debate

The Reality of the Labour Issue, and the 'Good' Entrepreneurs of History

If you read Quadrant, or listen to various free-market advocates, you'll get the view...

Some time ago Miranda Devine wrote this...

I originally released this article in late January 2014. Mid March, I added the sections...

About me and this site

I'm John August and this is my blog. Obviously, whether you find it worth reading is up to you....

I've previously been a member of the Secular Party of Australia. I resigned from them some time...

The their June 15th issue, the Northern District Times were kind enough to cover my...

This is my latest adventure - standing for election as councillor, trying to do some good, and...

Other Writings and Audio

I've been doing this show for a while on Radio Skid Row, Marrickville, and some shows ( with a lot of the music removed ) have been released as podcasts:


AC Grayling on history, religion and its influence

Yours truly, and pirates, in the Domain

A recent joint initative in the domain, including a talk by Andrew Dowling


Speakers in the Domain

this last one includes a list of some of my material, including coal, abiogenesis, the housing crisis, Israel and also a contribution to a Christian talking about Creationism.

Back in 2008, I had an on-line debate with Greg Clarke who was the then-director of the Centre...

Trying to get a handle on the diversity of reactions, ideas, the fair and the unfair, the...

This document has been scorned by many as merely an anti-semitic exercise. For Umberto Eco,...

This article originally appeared in the Winter 2011 issue of the Australian...

I originally wrote this back in January. Gaza has flared up again. In addition to the work...

Some years ago, I visited Broken Hill. It is...

While visiting my Aunt in Wollongong,...

Chomsky and conflicting elements of US foreign policy
Nov 26, 2020 |
0

I’ve long been interested in Chomsky’s writings, but I could always see good and bad in them. I’ve struggled to understand foreign policy and how the US fits in. It’s...

This piece is derived from a talk I gave at the Sydney Mechanics' School of Arts. So, it is a bit more "talky" than my other articles. I have had some appreciation...

Australian Politics: the Centre, the Extremes, the Balkanisation
May 16, 2019 |
0

A top-level look at the current tensions in politics in Australia, and a plug for the Pirate Party.

Understanding the political world around me...

I gave this presentation on the 7/2/19 at Ryde-Eastwood Leagues Club.
I am not presently planning to stand for the next NSW State election,...

There's a lot of hype around slowing down, or even reversing aging. Here's my view. 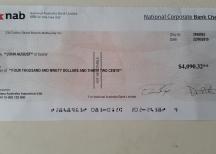 I hit another vehicle from behind - and proved in court it was the other drivers' fault. And along the way I learnt a lot about the courts, topping up my cynicism tank...